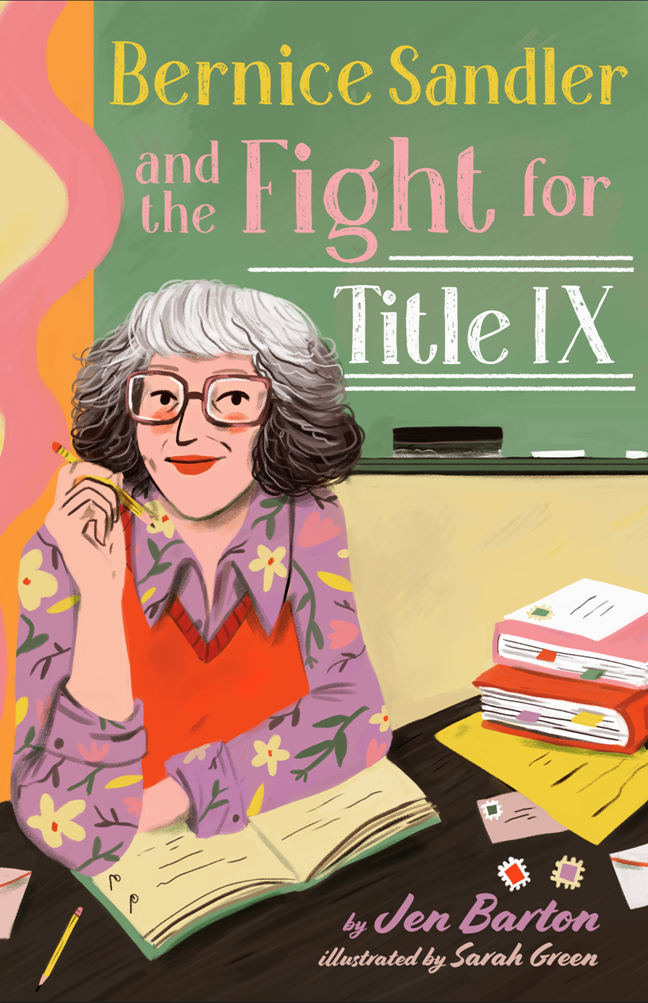 In 1969 Bernice Sandler was finishing her doctorate in Education at the University of Maryland, teaching part-time at the university, and trying to secure a full-time position. Despite her excellent credentials, it became clear she wasn’t even being considered. But why? she wondered.


“Let’s face it,” a male colleague said, “you come on too strong for a woman.”

Those fateful words brought sex discrimination home for Sandler. Facing it herself, front and center in her own workplace, meant she could no longer be ambivalent about women’s rights. She could no longer buy the media coverage of feminists as “man-hating,” “abrasive,” and “unfeminine.” But what could she do? Sandler soon discovered that none of the obvious laws prohibiting discrimination covered sex discrimination in education. Sandler’s work led  to the passage of Title IX—making it illegal, once and for all, for a federally funded institution to discriminate against someone based on their sex, including in education. This had a profound effect for women in the workplace, in school, and in sports.

Bernice Sandler and the Fight for Title IX drives home the message that it doesn’t take a person with power to make a difference. More often, it takes determination. When confronted with injustice, regular people can effect change. Also includes extensive backmatter about How To Be an Activist written by Know Your IX, a survivor- and youth-led project of Advocates for Youth that aims to empower students to end sexual and dating violence in their schools.

This is a perfect read for middle school students who can’t begin to imagine a world where a woman doesn’t get hired because “we already have one woman in the department”… I need an “ERA NOW” button, and am probably buying two copies of this excellent title to have on hand for students for pleasure reading as well as research. This is an essential book to have in any middle school collection, along with an updated edition of the late Karen Blumenthal’s Let Me Play. —Ms. Yingling Reads

…so much more than the history of Bernice Sandler and Title IX. There are sections, which give deeper explanations to help the reader understand the background or effect on modern situations. There are suggestions on how the reader can conduct their own interviews, research, social observations, writing Congress, and so on…all of which are encouraged to hit whatever topic or direction the reader sees fit. It simply tries to teach the process and encourage thought. —Bookworm for Kids

Both informative and inspirational, this biography of Bernice Sandler (aka “The Godmother of Title IX”) belongs in every middle school library…—Marcie