Since I self-published Fiona Thorn and the Carapacem Spell, designing the cover was up to me. First, I found a great illustrator named Yoko Matsuoka. Next, we got to work! Since Yoko lives in Japan, all of our communication was through email. Below, watch one simple sketch evolve into the final cover. 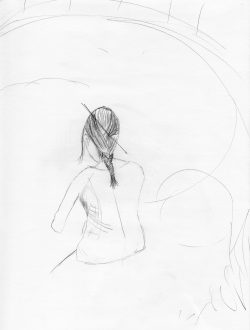 This very simple sketch, and a description, was the first thing I sent to Yoko. 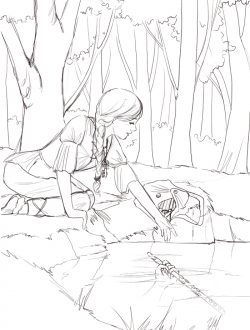 Fiona takes shape—her satchel full of explosives, her long braid, the key around her neck, but I wanted a different angle. It was also thrilling to see the Sarastro in the Hag’s clawed hand for the first time. 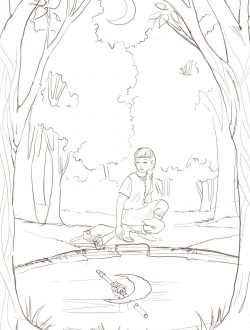 I immediately liked the trees flanking the sides, but I wasn’t crazy about the reflection of the moon, or that Fiona was wearing a skirt (too impractical!). Plus, the angle still wasn’t right. 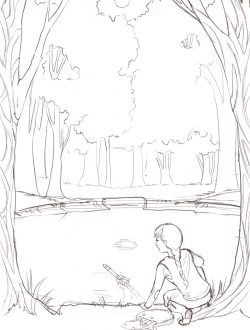 This was the angle I’d imagined. I liked the moon and the reflection, but I wanted the forest to feel more dense. Also, we moved to tweaking Fiona so she looked just like the warrior misfit I’d written about. 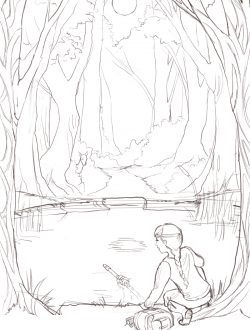 By adding cattails, a path, and more trees, Yoko made the forest intimate and lush. We made the moon bigger, added a Flickerfawn (a type of deer in the book), and plumped up Fiona’s bag. We also tried a headband and a different shirt. 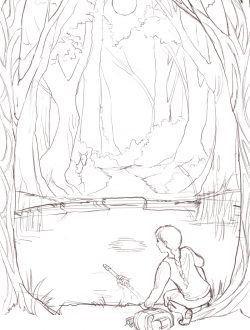 I decided against the headband. *shrugs* 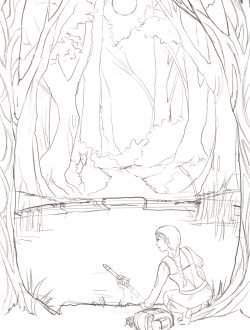 I was happy with the background, but Fiona still seemed too innocent, so we worked on her expression, and tried another vest. Also, we decided to show the moon’s reflection when adding color. 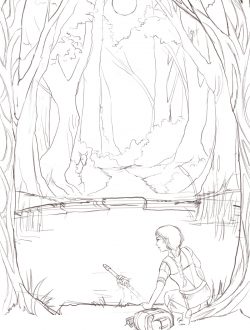 Fiona’s expression was better, so we gave her a dagger, a short-sleeved shirt, and an arm cuff. We made her hair a bit bigger, and not so tidy. And we added a tiny fairy to one of the branches at the top right. 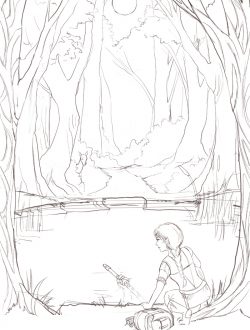 We were really honing in on tiny details at this point. We added more fullness to Fiona’s hair, and added some spikes to her arm cuff. 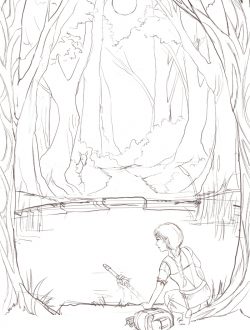 We changed Fiona’s arm cuff for the last time, making it spikes of tied leather instead of steel. Everything was finally just right! 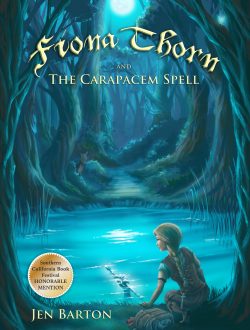 And this is the finished cover after Yoko added color and shading. I love it. ☺